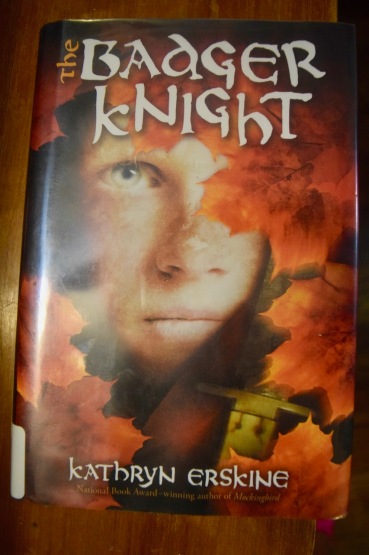 This month our reading adventures took us to medieval England where we met and grew to love our book’s narrator, Adrian. 13-year-old Adrian dreams of being an apprentice to his father, a master bowyer, as well as an archer in war. His health conditions, however, limit what he is allowed to do. The story takes Adrian on a journey through forests, fields, and towns. It becomes a journey that prompts all of us to reflect on the limitations of stereotypes, the complexities of love and war, the importance of showing kindness to others and ourselves and the delights and mishaps of growing older.

“I think of what I always believed to be truths — Scots are pagans, thieves are bad, knights are noble, girls are weak, war is glorious — and how all these “truths” aren’t real at all. They’re things I was taught or everyone believes, just as all people who look like are supposedly angels or, more often, devils. I didn’t believe Nigel when he said that scribing was power, that seeking the truth and sharing it is mightier than being a soldier. (p 314)

With such a story, where else better to discuss it than in the woods? 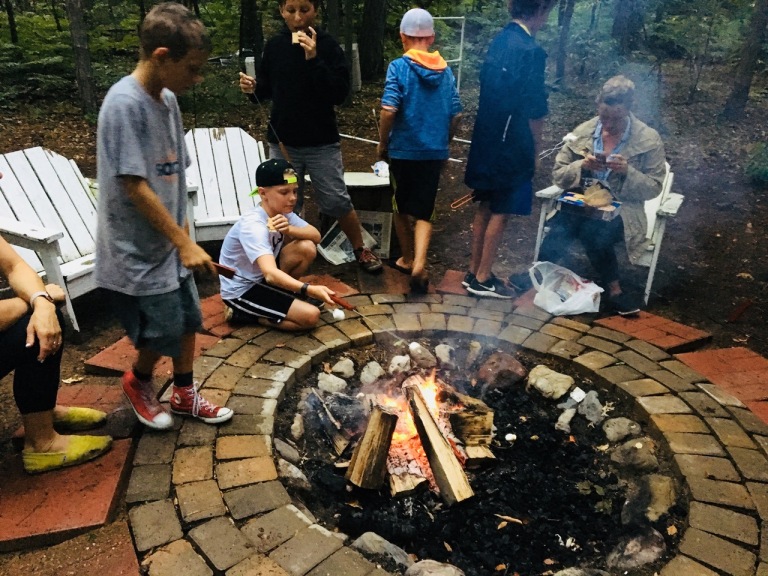 Think man cave but in the great outdoors. It was an epic location! 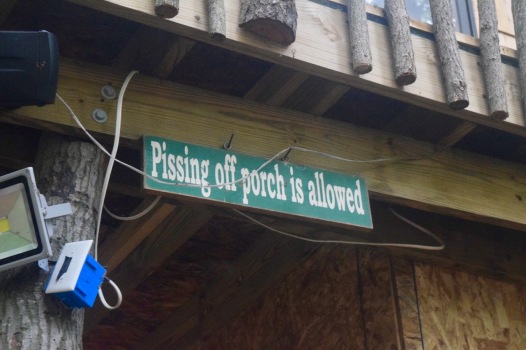 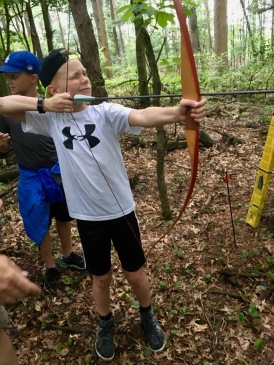 I’m the Badger, tough and scrappy. I’m the Spider, small but determined. Mostly, I’m someone useful from the village of Ashcroft. My name is Adrian Black, and I am a man. (p 325)

Thanks to the Snyders for letting us come to their magical land!

One thought on “The Badger Knight (August book club)”